A Few Words on Seamus Heaney

It's been just over a day now since we learnt of Heaney's death. In place of flowers, social networks are full of tweets and updates featuring quotations and indeed whole poems written by Heaney. Some people are sharing anecdotes about him, creating vivid impressions of the man. There was one story somewhere about his kindness to a boy before a reading and him later dedicating a poem to his 'young friend' in the audience.

Today I have somehow done my back in a bit, which is a pain as well as painful. Hoping it will go away soon as. On the other hand it means I have some time propped up on pillows, re-reading Heaney's poetry and watching a documentary where he talks about his own poetry and some of the inner conflicts about reconciling the 'lyric' with the 'dramatic'; the need for poetic truth as well as everyday truth. Heaney managed to achieve that balance. His language was hard and real like a mouthful of toffee, yielding sweetness. 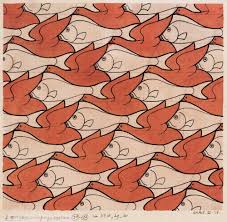 Roy Marshall has been posting interviews with poets on his blog. I find that people who write poetry like to find out what other people who write poetry are thinking about poetry. (That's not intended to be a tongue twister by the way).  I know this as a fact because whenever I go to events discussions tend to involve thoughts on poetry shared liberally over pop and wine.

These interviews often bring up some fascinating details about interests, practices and general thoughts on poetry. These interviews have included poets such as Jodie Hollander, Ian Parks, Matt Merritt and Rebecca Bird. There will probably be more. He interviewed moi as well. I talked quite a bit about what advice I would give new poets, influences and some general thoughts on editing, ideas and so on. Why not make yourself a cup of tea, or a glass of red wine or lemonade, and have a read right here.
Posted by Maria Taylor No comments:

What I Read On My Holidays...

Summer is usually reading time. For some it’s writing time, but I seem to do an awful lot of reading in the holidays; sometimes for reviews, sometimes when someone wants me to cast an editorial eye over something and sometimes even for pleasure. As for the writing I’m working on a few things, including the odd commission which I’ll say more about later.

My summer reading kicked off with a novel, John McGregor’s ‘If nobody speaks of remarkable things.’  It was all about an unremarkable street full of apparently unremarkable people, but there was a type of spell cast over all of them by the narrator. The ending especially was particularly gripping, but I probably shouldn’t talk much about that. As a side note, I like the book’s title. I like the way it sounds like an unfinished sentence. Another book to stay with me for a long time I think.

Next was Matt Merritt’s ‘The Elephant Tests.’ Having heard so many out loud, many of the poems felt very familiar, but I think that’s part of the skill of Matt’s work. The tone is familiar, almost confiding, but then the poet slips in a line, word or image which surprises and engages. There were some fabulous poems, including a longer one called ‘Ravens, Newborough Warren’ which appealed to me for its repeated line, ‘don’t be surprised if nothing happens.’ There were so many poems I could talk about but you can find out more here on the Nine Arches Press website. Earlier in the year we read together in Leeds and I was struck by the way Matt’s work really connects with an audience and heartened to see lots of books sold and going to good homes.

I’m including a poem from the book on the blog. It’s called ‘Azul.’ Considering I was abroad visiting my family as the time of reading, there was something in the vividness of the images that made me look up the skies and consider the ‘inadequacy’ of the words for blue. Ironic perhaps, there’s so much vitality in Matt’s presentation of the colour:

The sky high and no limit at all.
Each time, the mind’s migration. Sky-blue
sky. Enough to understand
You live on an island. The distance

At once turquoise, cobalt, cyan. Blue
As eyes exactly açor-blue. Shades of the hawk,
Caught on its amphetamine rush against
A sea-blue sea. Caldeira-blue, hydrangea blue,

And the lights coming on
on ships in the harbor.
A navy-blue, and now the night,
Lunar-blue, celeste-blue, shot through

with silver-blue star wounds
that will only heal to a horizon
blue with mountains behind heat haze
or slipping in and out of cloud, like

The piecing together of dreams,
Like realising there are other
islands, and the inadequacy
of the word for blue.

I took a few Happenstance pamphlets with me as well. Recently, I've been reading quite a lot from the press. Fiona Moore’s ‘The Only Reason for Time’ is a pamphlet I’d really recommend, I've been re-reading many of the poems. Many of them deal with the loss of a partner and this is done in a way which is moving, incisive and elegant. The pamphlet initially sold out, but I'm happy to report it's back in stock and be ordered here, so do get hold of a copy before they sell out again. Here's a remarkable poem from the collection called 'The Shirt.' In earlier drafts of this entry I included a link to the poem, but I've found that the site didn't always work on my computer, so I've typed it up:

I didn't find it for months, your shirt
bundled into a corner of the airing cupboard.
I shook it out. It had been cut
with long cuts, all the way up the sleeves
and up the front, so it looked like a plan
of something about to be put together.
They must have had to work so fast to
save you there was no time to unbutton it.
An office shirt, because that's where
it happened. The thin stripes slashed through -
terrifying, unprecedented - a reminder
of everything I wanted to forget.
I'd washed it afterwards, not knowing what to do
with it, or that in three weeks the same thing
would happen to another shirt, a favourite,
dull cotton whose thick weave made it look
as if all the pink shell-grains of sand
had come together on one beach,
a shirt for a gentle hug; and from on,
nothing happened that we would forget.

Another special and very different pamphlet was Mark Halliday’s ‘No Panic Here.’ It was recommended to me and I finally found out that the quirky, conversational poetry I’m often drawn to has a name, it’s called ‘ultra talk,’ a phrase Halliday coined himself. It’s quite different in style to a lot of things you’d find in magazines. One bright, peachy Cypriot morning, before anyone else was up, I opened up the pamphlet and this was the first poem I read:

So many brooding swans like floating inkstains on a lake of
slender wakefulness. Really a lot, like more than fifty.
Across the narrow hips of the lake they glide,
dark and darkling, their plumes so silent yet not at all sleepy

Nor is the lake itself sleepy; it is a body of water
deep and liquid with liquidity of apprehension
as I turn my phrase like a dinghy and the oars clack
in the melancholy oarlocks. Ah there they pass again,

so many, I had not figured th’ineffable had bred so many,
possibly as many as sixty, swans the inky colour of night,
they are my thoughts if you haven’t twigged to that already,
and I delight to see them there, slender and brooding

and feathery and light and pensive and dark upon the lake of moi.

Click here for more info about the poet himself and the pamphlet from Happenstance.

I like what this poem does and the humour achieved with the swans that become more numerous in the final stanza. The repetitions and images satisfied. The poem offers a way of stepping out of a poem, in the same way you might watch an old cartoon and Bugs Bunny may have stepped out the frame and be talking directly to the audience. Another way of putting this, I suppose may be Brechtian, but that's an overused term. On the other hand, poetry as theatre? Something to think about.

It's still August, there's still more reading to be done. I've got a few review copies to get stuck into. There's also the magazines of course, the most recent issues of 'Under the Radar' and 'The North' have been top reading material. I'm also open to any other recommendations.
Posted by Maria Taylor 4 comments: