Poetry, Events and Being on Trains a Lot: York Mix Competition and Two Poems from Rory Waterman

On Sunday March 23rd I travelled up to York as I'd been commended in the York Mix Poetry Comp, which is part of the York Literature Festival. I normally have mixed feeling about entering poetry comps, but this one was different. For starters it was judged by Carole Bromley and I really admire her poetry so I thought I'd support her and the festival. Also, it was only a fiver for three poems! Normally I wouldn't travel so far, but in the spirit of the poem I'd written I thought 'why not?' and off I went.

I made it to York, left the station and had a rather buoyant feeling of being somewhere I didn't know but was happy to visit. It seemed like a city with many visitors, lots of people were rushing past with wheeled suitcases and even on a Sunday you could feel a buzz. I wondered around the city peering into all the attractive shop fronts and was delighted by the sight of the river. The twins had asked me to take photos, so I did: 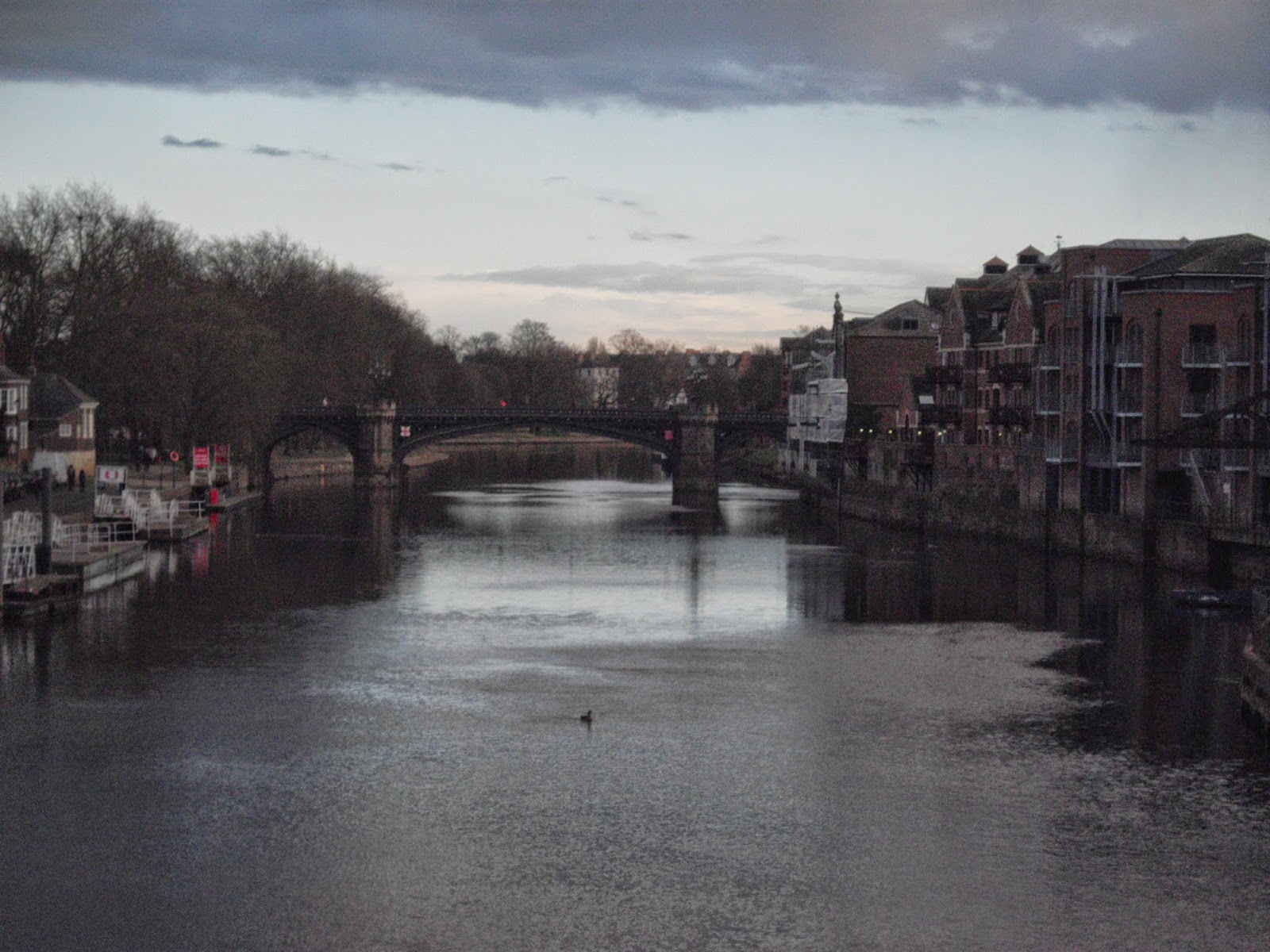 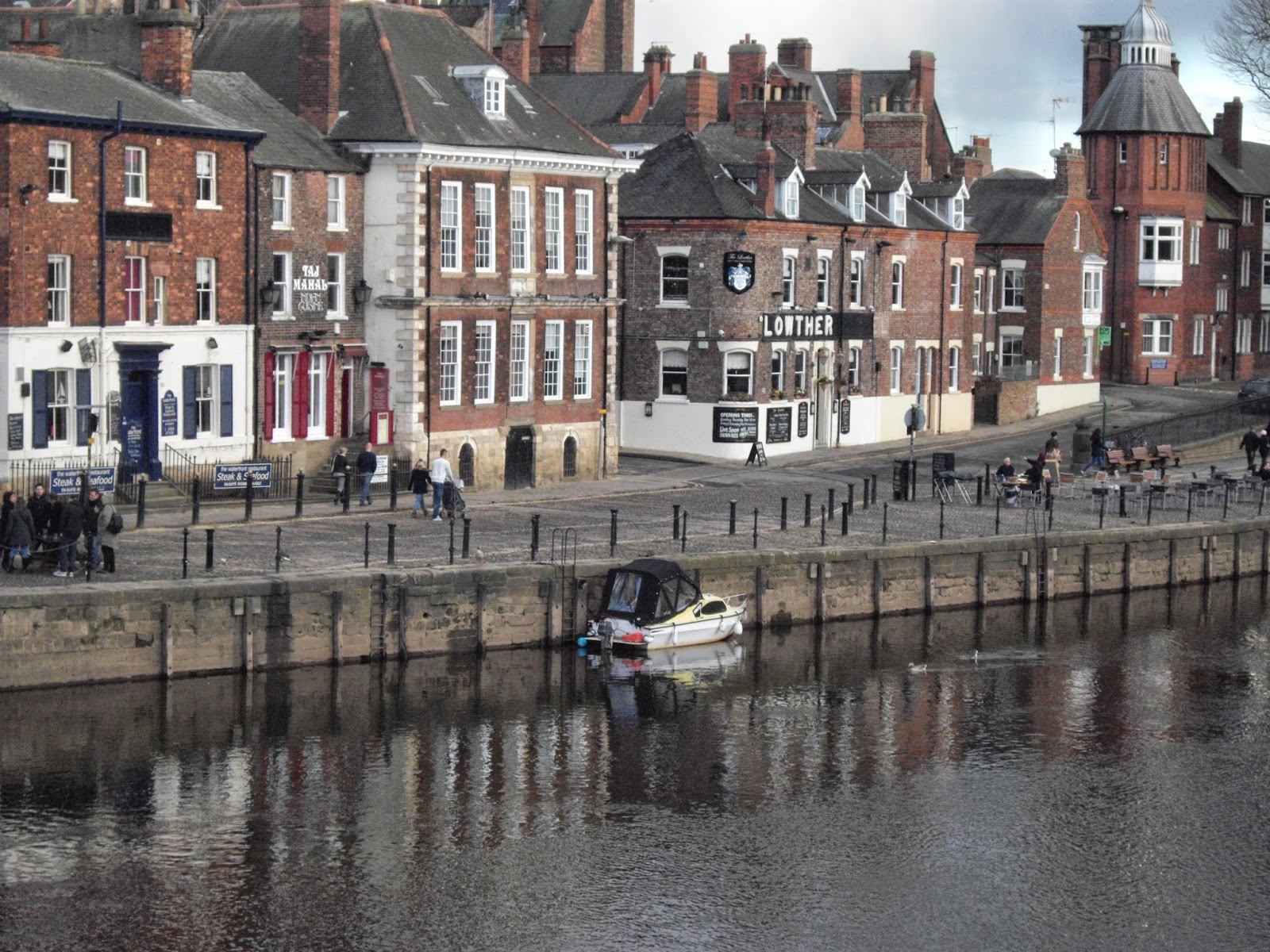 The prize event was very friendly and many of the prize-winners and commended poets were there to read their poems, including a poet called Clifford Hughes who'd travelled all the way from Hayward's Heath. It was also good to see my mate John Foggin who is going through a golden patch at the moment poetry-wise, winning all sorts of things, including the Lumen/Camden Poetry Prize. It's not easy getting first place in comps (understatement), so well done, and well done to Kay Buckley who won first Prize at York Mix with her poem 'Huskars' which is about a tragic incident where young children working down a pit were trapped and drowned. Many thanks to Carole for all her hard work judging the comp, no mean feat as there were nearly a thousand entries. I liked her approach of dealing with the poems as they came through on email. If you'd like to read about the judging process, read the winning and commended poems and look at photos of the event then do click here.

So I was on the train for 4 hours or so and the next weekend went up to The Poetry Business for one of their writing days, so another two hours and of course inevitable work journeys into Leicester. So I needed some reading material. Poetry and trains are quite well-suited. I think there must be a whole sub-genre of poems about writing poems on a train. The journey gave me an opportunity to re-read one of my favourite collections from last year, Rory Waterman's 'Tonight the Summer's Over' (Carcanet).

Rory's poetry is full of emotion, experience and observation. A significant part of the collection for me deals with the feeling of being torn and not quite belonging anywhere, 'I'd brag about that 'other home' / and other me - not here, like them - / the Irish me that never was.' Rory's mother left his father and their family home in County Derry and moved with Rory to rural Lincolnshire. The child's home is Lincolnshire, but 'home' is also Ireland too. Rather than being comfortable in two places, the poet feels estranged from both:

And Lincoln was a blessing and a curse,
where Daddy lived each month, and lived with me.

Oddly enough being on a train means you're nowhere; powering through anonymous fields and the backs of towns and cities for most of the journey. Perhaps this enhanced my enjoyment? Matthew Stewart has written an incisive review of this book on his blog Rogue Strands, which is here. If your tempted by the book I'd recommend a read, and to further whet your appetite here are two poems which Rory has kindly allowed me to use. The first has a terrific energy and a really sharp pair of end lines. 'Two' really moves me and is distinctly memorable.

A heron burst from the bank where we hadn't seen it
to out of sight beneath the tree-bitten sky
the way we were heading.
Let's follow! So, a dawdle became the pursuit
of something we couldn't realise.

We paddled and ruddered, slick through spilling rapids,
round snags and boulders, churned small dark-skinned deeps
as otters and crayfish hid;
sparrows and what-not cheeped; cows chewed at the lip
of a sudden meander, and watched us ignoring them;

and inverted willows shivered with river-weeds,
where toppled half-drowned boughs cut withering chevrons
along each shadowed straight.
We were happy - weren't we? - because each bend was blind.

We must pursue and not expect to find.

The toddler with fat red cheeks in a blue Babygro,
legs skew-wiff, blond hair in a motherly clump,
face trapped in cute consternation, lets me know
through widened eyes that what happens to him matters.

The floppy-eared teddy he clutches in that studio
is a prop, not a gift. He doesn't realise
yet, but soon he'll have to let it go.
He hugs it because he's told to, looking up at the camera,

at the trap of a violent flash-bulb exploding. So
thirty-year-younger eyes stare blind at their future.
Posted by Maria Taylor